#1. Read the following passage and answer the questions given below Once there was a thief and he was captured by the police. The judge said he should be put in prison for five years as he had stolen many valuable things and had been a thief for a long time. The thief told the jailor that he wanted to see his mother. When the thief's mother came to see him, she was weeping. As soon as, she came close to him, the thief bit her ears. The mother screamed with pain. The judge called the thief to the court and asked him, "Why did you bite your mother's ears?". The thief replied, "When I was a baby, she used to carry me on her shoulder. When she passed by the banana seller with a basket on his head, I would reach out and take some bananas. She never checked me then. Slowly I began to steal other things from shops and people and bring them home. My mother did not tell me it was wrong. Instead, she was always happy about what I brought home. So today, if I have become a big thief it is because of her. That is why I bit her ears. Could you not punish her also?" 1) Who caught the thief?

#3. Match the following with their synonyms.

#4. Match the following words with their antonyms (opposite words).

#5. Match the following words with their 'Homonyms/Homophones'.

#6. Find out the "wrongly spelt word" from one of the four words in four options.

#7. The meaning of the underlined idiom is.... "The earthquake hits "once in a blue moon" in this part of the earth, we never felt it."

#8. Read the following sentence and say what it mean. Choose the right answer from the choices given. Sindhu may come to India next month. The language function of this sentence is.......

#9. Match the following the modal verbs with their functions:

#11. Match the following with their suitable prepositions.

#12. Which of the following is not a "compound sentence"?

#13. Match the following sentences with suitable prefix/suffix for the words given in the brackets:

#14. Which of the following adjectives is "acomparative"?

#17. Some chocolates were given to us by Jahnavi. (Change into Active Voice)

#18. Match the following "with the correct verb forms".

#19. Match the following "subject with their correct" verb agreement.

#20. What are the underlined words called? Choose the correct answer.

#21. Match the linkers with the function they perform.

#22. Her words and look proclaim that she is innocent. (Choose the correct simple form)

#23. "Could you lend me a hundred rupees? I need it urgently." What does the sentence mean?

#24. Which of the following subscription is correct when writing a letter to father?

#25. Who believed that Indian learners needed more of reading skills than oral skills?

#26. The enhancement of language proficiency of the teacher was mainly asserted by -

#27. The king who commissioned scholars to translate the English Bible and write it in modern English is

#28. A test designed to measure learner's general abilities in language that they are expected to know at a given level is called - 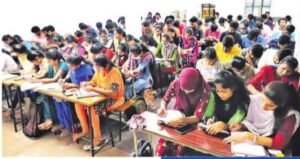 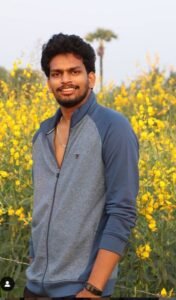